Social media are becoming more and more important in our lives. They are essential in digital marketing with all activities related to social media marketing. However, new platforms are emerging with the appearance of a real crypto ecosystem in what is now commonly called the web3.

Thus, one of the first that emerged in 2016 was Steemit. This social network is based on blockchain (a social network quite similar to Reddit used to monetize the content created). Since then, new projects have emerged that rely on different structures such as DAO.

But before going further, let’s make a point about what DAO is. Indeed, it is not yet known by the general public, unlike NFTs. DAO is an acronym that stands for Decentralized Autonomous Organization. Such organizations operate on a set of smart contracts registered on a blockchain.

These contain rules that are transparent and immutable. These rules are only modified by a democratic decision between the members participating in the DAO. Generally, the possession of tokens gives access to participation in the project. Moreover, voting rights can be distributed by the creators of the DAO, so it is necessary to read carefully before joining a DAO.

New social media are starting to work this way. At the other end of the spectrum, various projects from mainstream social media (such as those from Meta) will also emerge, especially with the use of crypto-currencies. But how do these new social media impact the use but also the social media marketing?

With the creation of the first social media platforms based on a DAO, such as Candao, greater transparency appears. Indeed, users can really participate, so they are able to modify the terms of use (respecting the democratic process).

Thus, the marketer will set up lobbying activities. Every change, every proposal, every vote is an electoral campaign allowing structures to influence the vote. The fact of weighing in the vote can make it possible to impose one’s will and to put forward one’s structure.

Moreover, by supporting or even proposing certain proposals, the organization will express its values. This mode of communication will allow reinforcing its DNA, but also to obtain benefits in terms of image. Indeed, it will generate a greater commitment from its community, or even create it.

These different networks will create a more massive engagement of their users. Indeed, they will engage in a more important way because the users will possibly have a financial interest. Thus, platforms such as Bitclout, offering the creation of a token specific to each user, allow for even more monetization. This financial side creates engagement. It can allow brands, in addition to the implementation of NFT strategy, to monetize their audience, but also to engage more and more in its community.

Moreover, the participation in the different decisions within the DAO community reinforces this engagement. Users, thus consulted, develop a sense of belonging and this strengthens their commitment to these different platforms and projects. Retention is then very strong.

Thus, a brand that becomes visible and engages with these platforms, through strong participation in discussions and votes determining will acquire a large number of followers and have a very engaged and digital community. Indeed, the people active in these ecosystems have technical capital and a very important digital exposure. Such a community can be a real strike force for your networks and your visibility. This community can then spread on more traditional networks to develop your brand image and recommend your structure!

Developing your community on these networks allows you to have more engaged users and simply demonstrate your company’s DNA. More engaged members mean that you will have access to multiple other communities. However, these networks should obviously only be one part of your social media marketing, but they can be important to the development of an overall strategy.

If you want to implement a social media strategy, you need to do so.

Inbound marketing, at the heart of the relationship with your customers

Data: uses in all directions 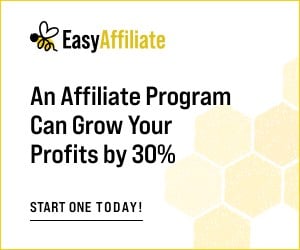